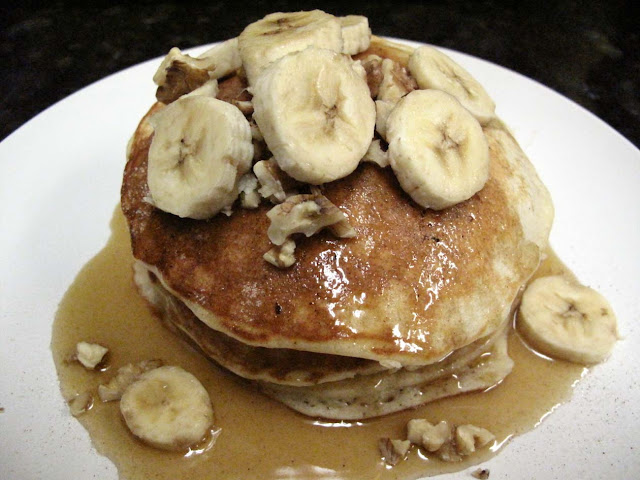 On Wednesday night, I had breakfast for dinner.  I decided to try Neil's Pancakes with bananas and walnuts from the Clinton St. Baking Company Cookbook

.  It was a recipe that I was excited about since my mom has had their blueberry pancakes at Clinton Street and really liked them.  I am buttermilk pancake kind of girl, so I was anxious to see how these compared to Martha Stewart recipe I frequently use.  A major innovation in Neil's recipe was the whipped egg whites, which made the fluffiest pancakes ever.  Below is the recipe, along with Clinton Street's famous maple butter.
Ingredients for Neil's Pancakes with Bananas and Walnuts from the Clinton St. Baking Company Cookbook 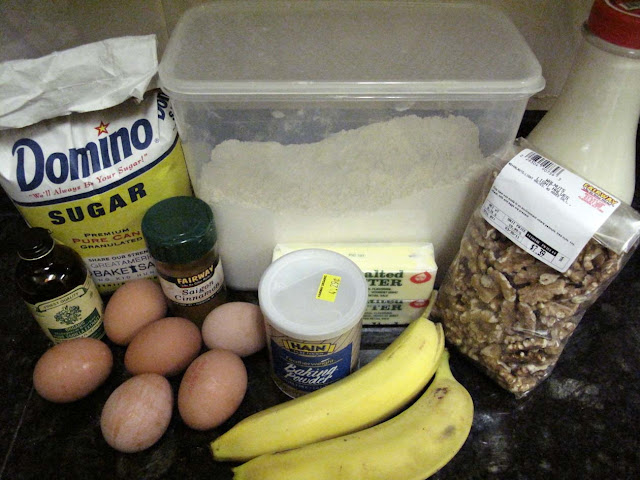 Begin by sifting all dry ingredients in a large bowl (flour, salt, baking powder, and sugar). 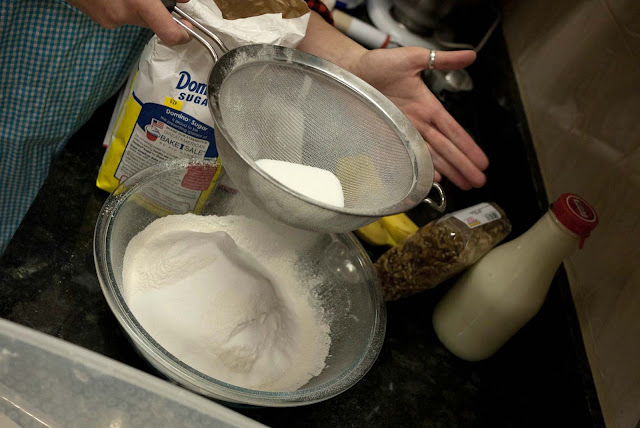 And separate your eggs (reserve whites in a medium bowl and place yolks in another bowl). 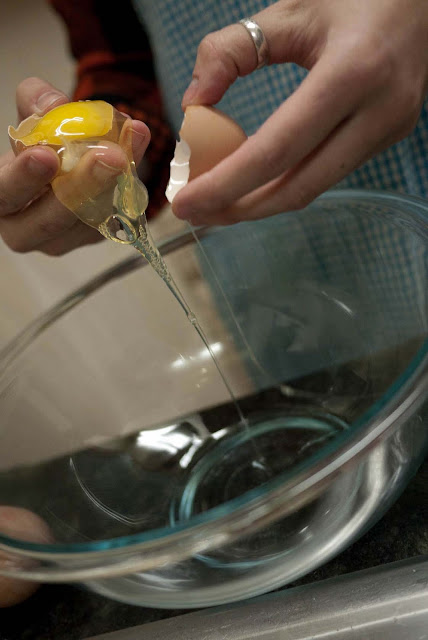 In another bowl combine yolks, milk, melted butter, and vanilla until combined.  When I placed my melted butter into the cold milk, it congealed.  I ended up reheating the butter.  Has this happened to anyone else?  Whisk the egg mixture into the dry mixture, until it is a combined slightly lumpy batter. 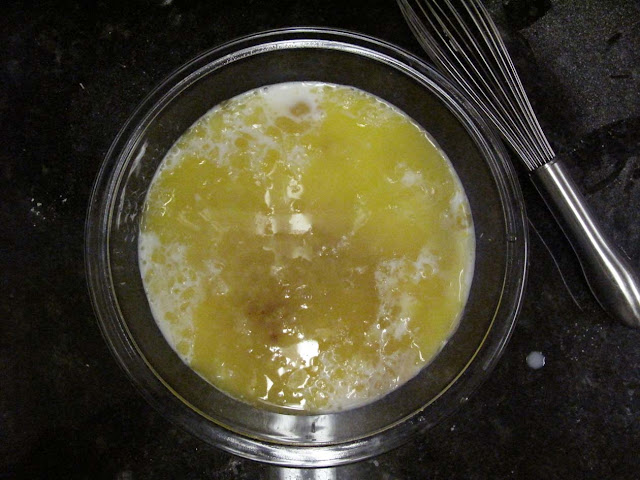 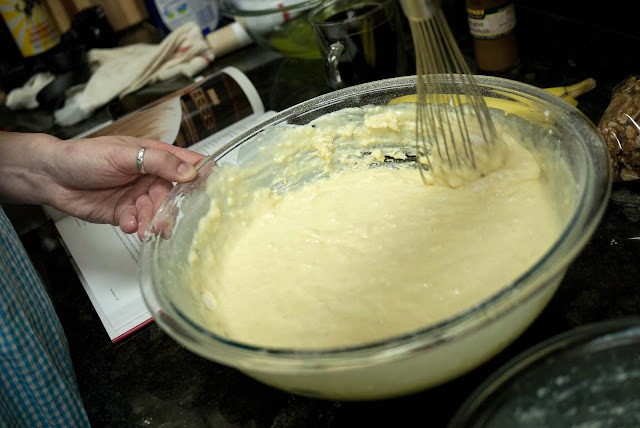 Now whip the egg whites until the reach medium peaks.  Neil says peaks are medium when you put your finger in and they drip over a bit and stand up. 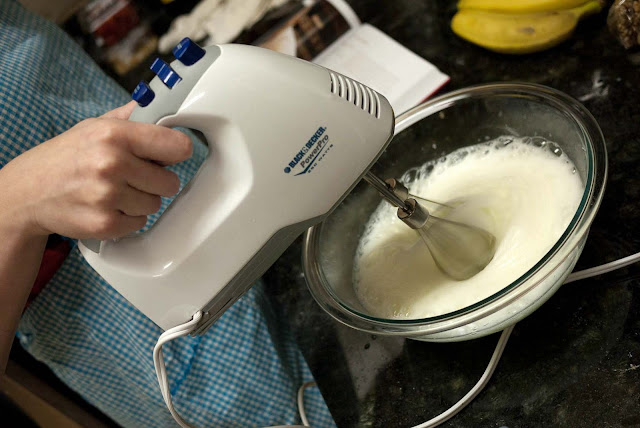 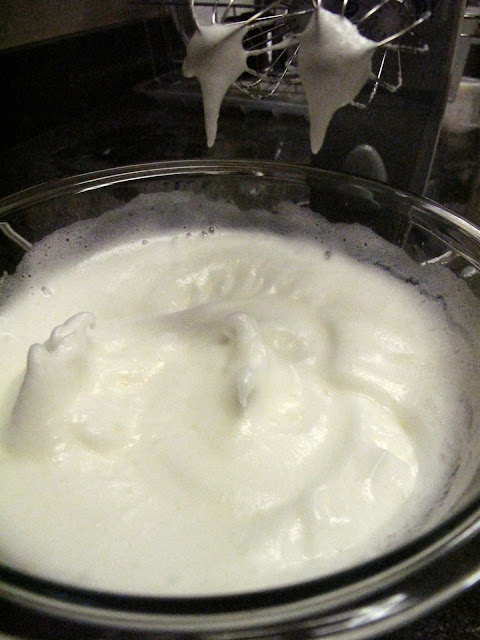 Gently mix half the whipped whites into the batter with a large rubber spatula.  Then gently fold the remaining half into the batter.  This batter should slightly lumpy and have large parts of egg whites not fully incorporated (like icecaps in a foamy ocean). 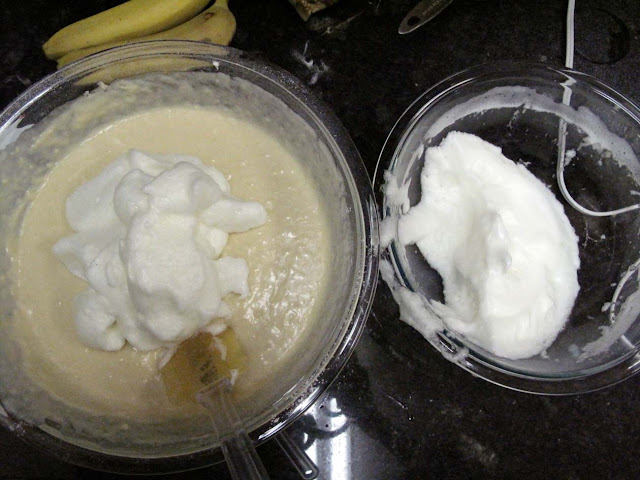 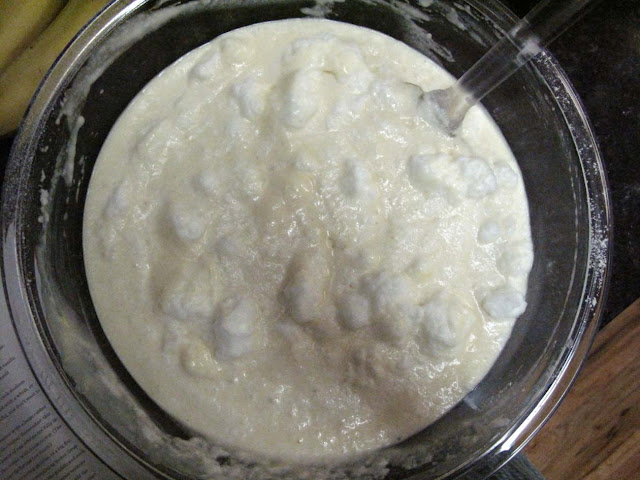 Heat a griddle - either an electric griddle, stovetop griddle, or big flat pan to 350-375 degrees F.  I used a cast iron skillet on medium-low.  Grease the hot griddle with a teaspoon of butter, or just enough so the pancake doesn't stick.  I added too much butter for my first pancake.  Drop about 1/4 of a cup of batter on the griddle and cook to set.  I watch for dry edges and bubbles forming in the center, about 3 minutes.  Add about 1 teaspoon of walnuts, and 3 slices of banana before turning the pancakes and then flip.  When pancake is golden brown on both sides, remove from skillet.  I place my pancakes on a baking sheet in the oven, on the lowest temperature just to keep them warm while I finish the rest. 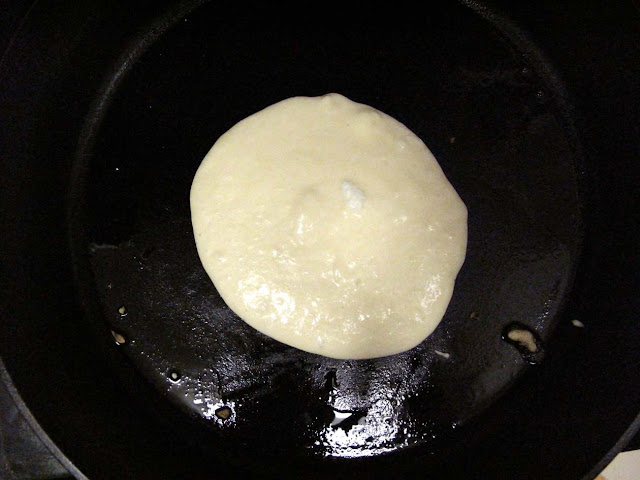 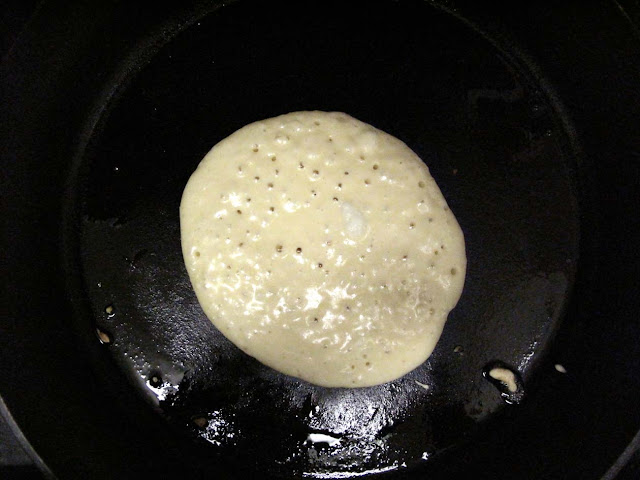 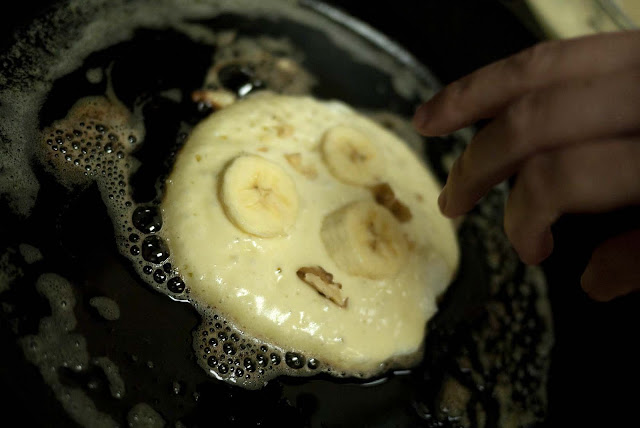 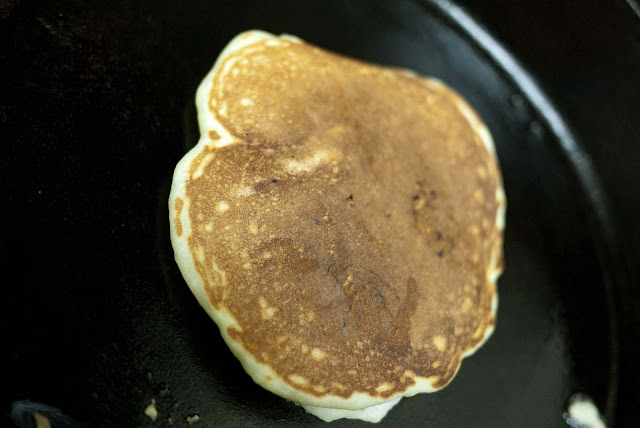 Meanwhile prepare your Maple Butter, which is 1 cup real maple syrup (Clinton Street uses Grade B), and 2 sticks (16 tablespoons unsalted butter) cut into cubes.  I forgot to cut mine into cubes - whoops.  Heat maple syrup over medium heat.  Add the cold butter to the warm syrup, whisking in a few cubes at a time until the sauce is smooth and all the butter is incorporated.  Turn off the flame and keep sauce in a warm place.  Never boil the syrup.  It will keep for at least two months in the refrigerator. 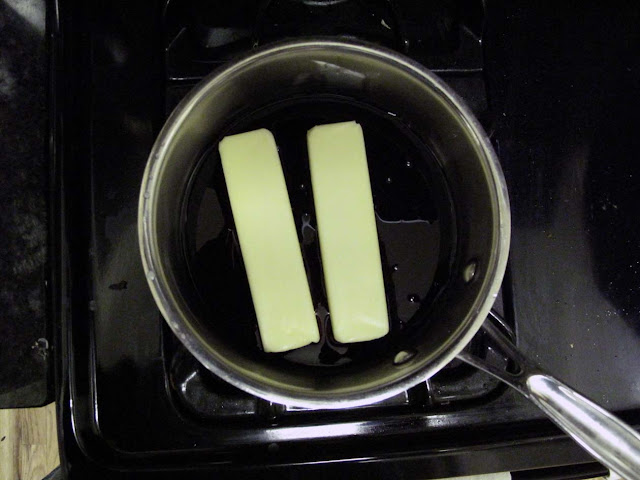 Once all of your cakes are done, and your maple butter is ready, garnish with cinnamon sugar, bananas, walnuts, and maple butter.  Confession - I don't like butter that much, so I didn't use the maple butter.  The bananas in the pancakes get nice and caramelized and sweeter, so I don't really miss the added richness. 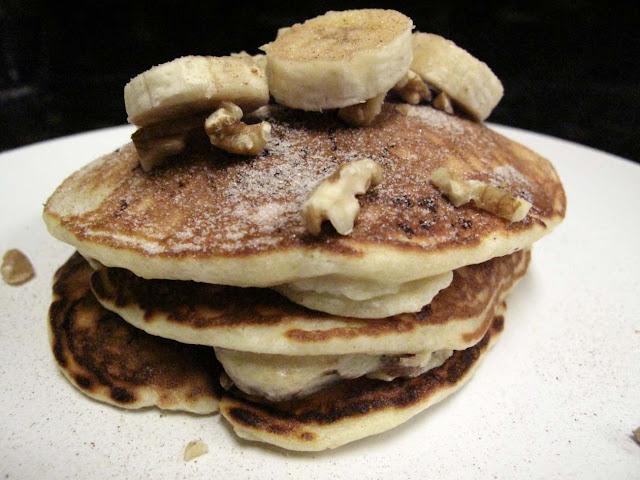 Last year I made a couple of Rick Bayless's salsas.  Click here to read.
Posted by Sam at 7:43 AM