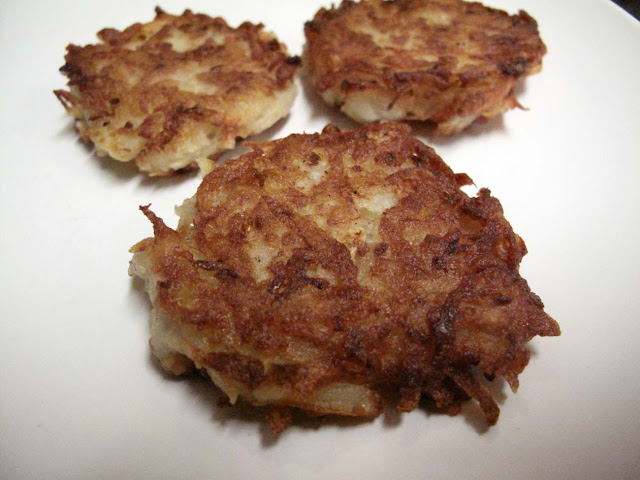 This past Friday night, I decided I was going to make potato pancakes and caramelized apple sauce from the Clinton St. Baking Company Cookbook

.  At 10:30 I had a burned pot of apple sauce (which I tried to convince myself otherwise that is was not burnt) and some delicious potato pancakes.  The recipe says "serves 4," but for a potato-lover it really serves 2.  I have no self-control when it comes to fried potatoes.  NONE.  Overall, I thought the potato pancake recipe was great, but there are few tweaks here in there thought I thought could make it more successful (which I included in the recipe). 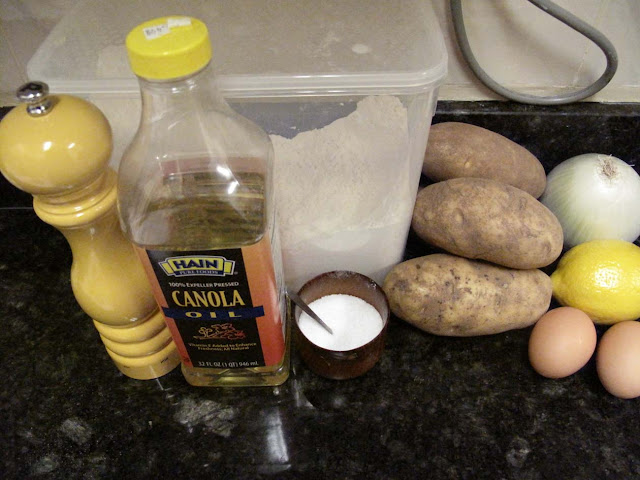 To begin, peel the potatoes and place them in a cold bowl of water. 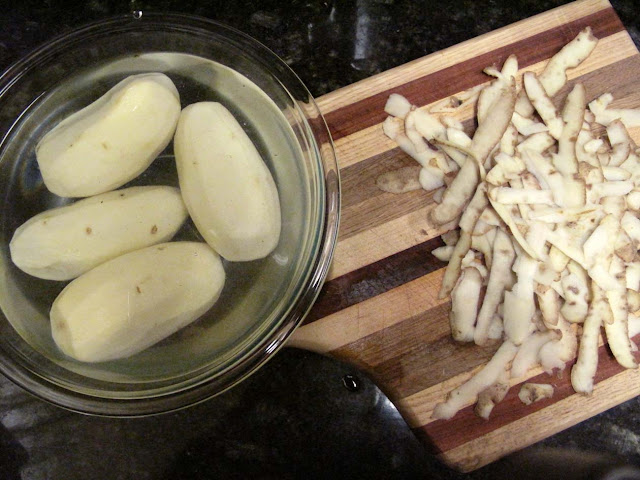 In a large bowl, squeeze in half the juice of a lemon.  Then in the same bowl, using a box grater, grate potatoes using the medium or largest holes (I used the largest).  Mix the lemon juice and potatoes by hand to prevent browning. 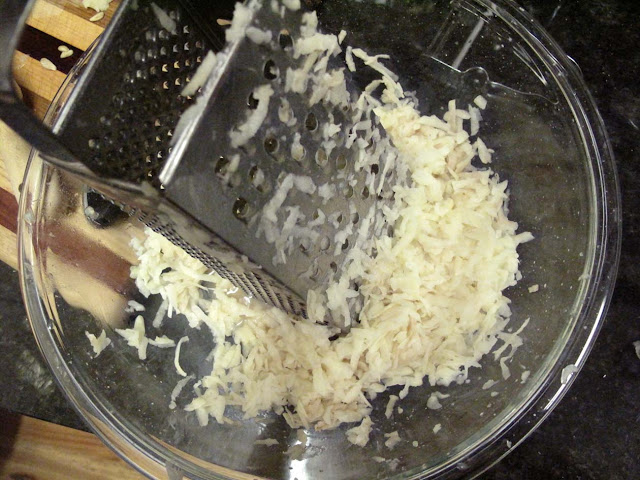 Okay, get another medium bowl - here comes the messy part.  Using your hands squeeze the liquid from the potatoes into the new bowl, and reserve the liquid.  I think this would work fine if I was Neil from Clinton Street, but I am Weakling Sam, so next time I am going to place my potatoes in a clean dish towel (NOT terry cloth) and gently twist my potatoes so all the liquid comes out.  I do this whenever I make Martha Stewart's potato pancake.  Click here to see what I am talking about.  You can also place your potatoes in a salad spinner and spin off the liquid - an Alton Brown trick.  Its not to say that I didn't squeeze out liquid, but by the time I started frying my pancakes, I noticed a lot of liquid started to seep out from the mixture.  I just didn't squeeze out enough, and I think these other methods could prevent that. 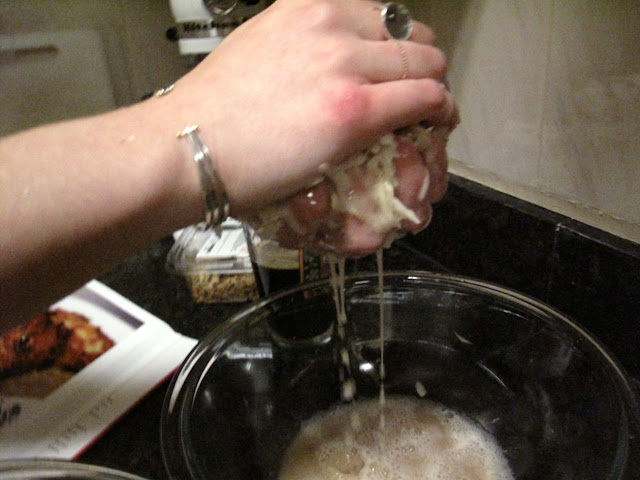 In a clean bowl, mix the potatoes, eggs, onion, salt, pepper, and flour, until all combined.  Discard the top layer of your reserved potato liquid and you will find potato sludge - er I mean starch at the bottom.  It is actually pretty cool because the starch is pretty thick and solid, it almost felt like fresh coconut.  Add this to the potato mixture and mix with your hands or spoon.  The starch is what actually makes your pancakes crisp. 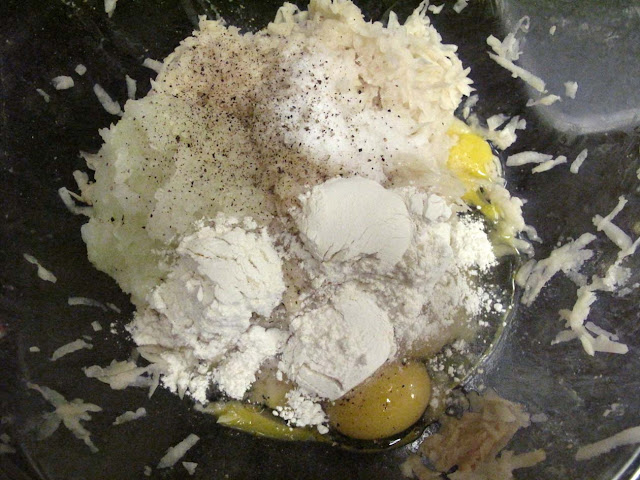 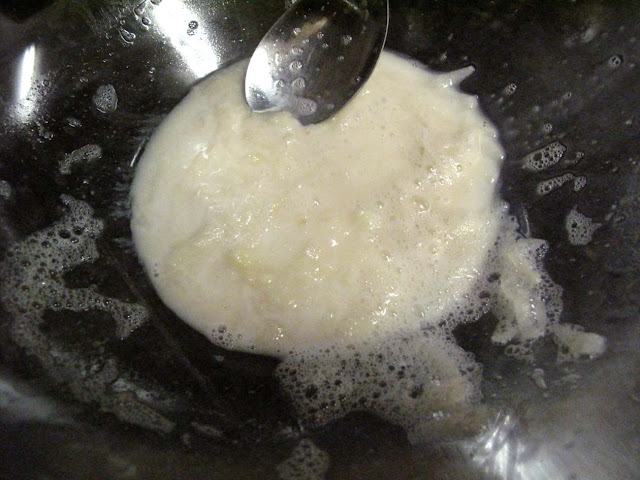 In a large saute pan, heat oil to just below boiling point (this is just below medium high on my stove).  Form four 2-inch pancakes and saute them four at a time.  You can flatten the pancakes with your spatula if you want them thinner.  Mine were about 1/2 inch to start and were flattened a bit in the pan.  Once a pancake is golden and is partially cooked in the middle, the pancake  is ready to be turned.  When flipping the pancake, tilt the pan away from you so no oil splatters on you.  Lower the heat to prevent burning and cook the other side until golden brown, another 3 to 4 minutes.  Remove the pancakes from the oil and place on a paper towel-lined plate. 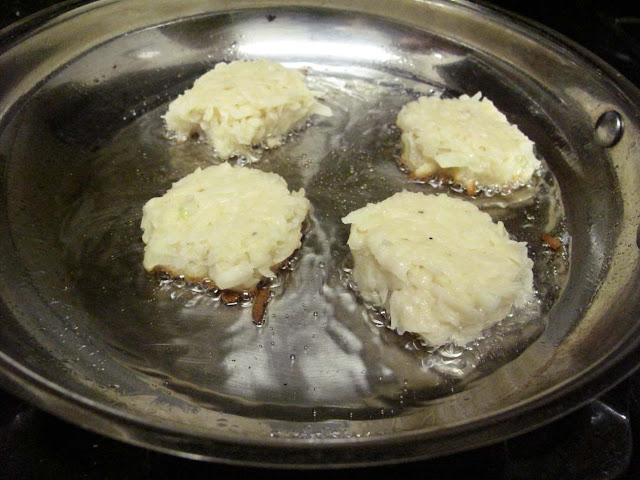 Serve pancakes warm or at room temperature.  If you want to reheat the pancakes, place them on a baking sheet and warm them in the oven at 350 degrees F for up to ten minutes until they recrisp, but be careful - they dry out easily. 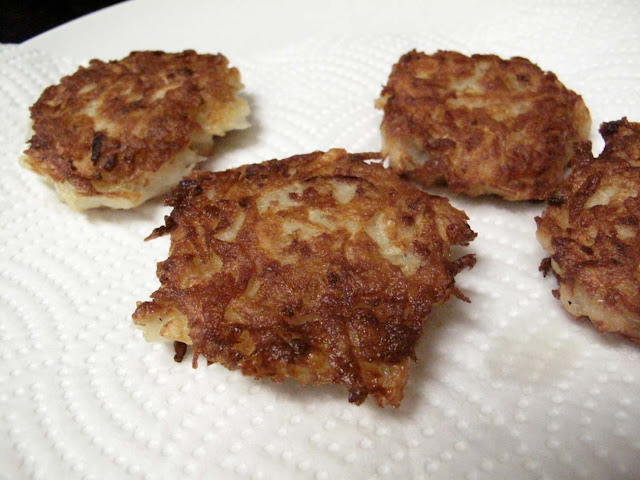 Below is my apple sauce disaster, but more on that later.  I am going to try it again this weekend :) 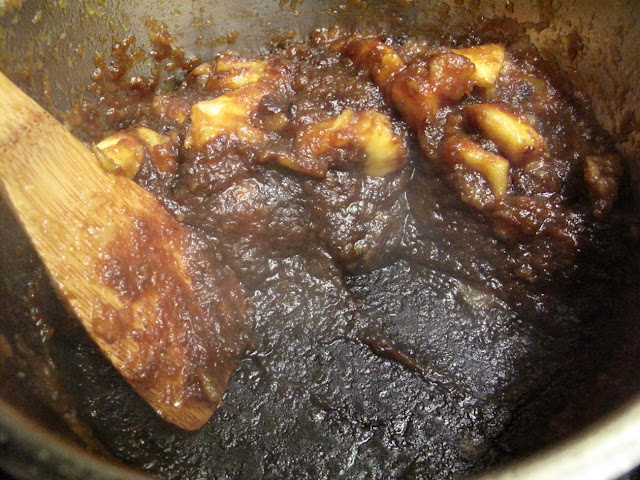 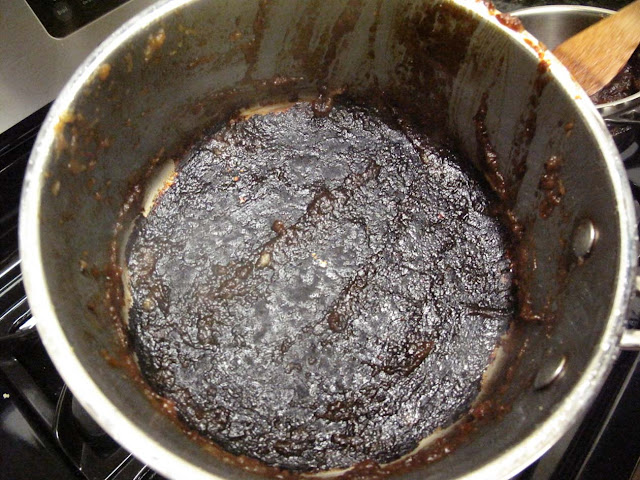